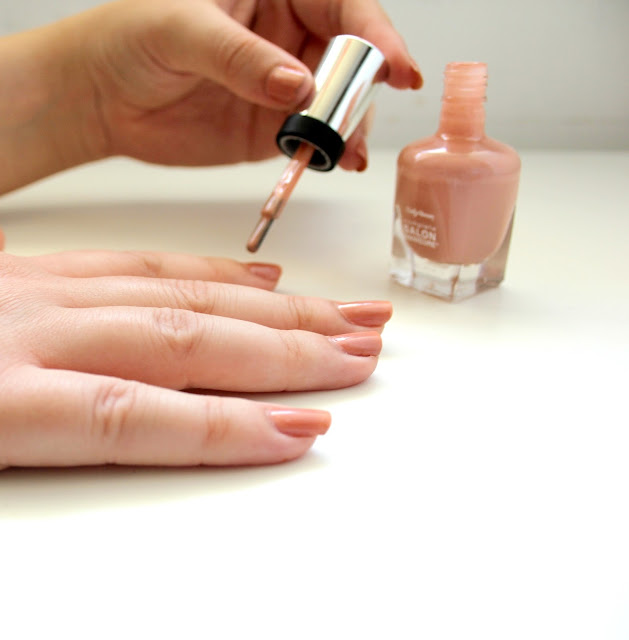 Nude nails are something that I'd wanted to try for ages after seeing so many nice pictures of them on Instagram and Tumblr. I'd never had a nude nail polish before so I went on a hunt for one in some drugstores. The shops I looked in didn't seem to sell many  nude nail polishes, which to be honest I was surprised about because I was expecting to find loads. 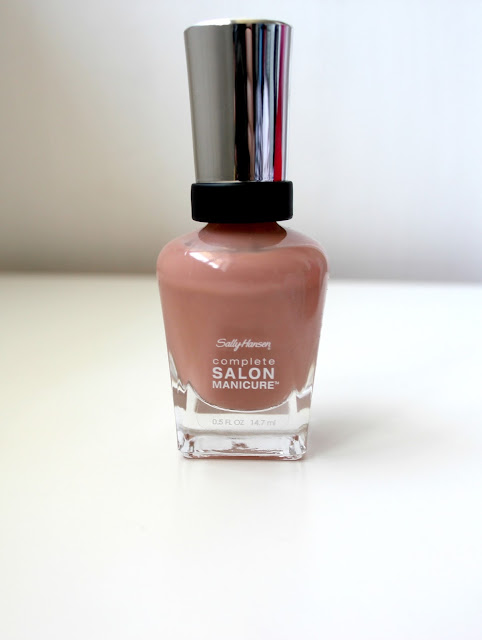 I found this Sally Hansen nude nail polish in Superdrug and decided to try it out, it's in the colour '230 - Nude Now'. It was around £6, which to me is a lot for a nail polish in a drugstore, but I'm for sure going to get a lot of use out of it and it's quite a big bottle! I'm so obsessed with this nail polish, it's really good and you don't need a lot of layers of it either. It dries quite quickly as well so that's a bonus.