After uploading my 'Meet my new guinea pigs' blogpost, I wanted to do some more pet posts, so I'm starting with a pet toy haul. Pets At Home is a place I always go to, to get food, hay, sawdust and toys for my pets. They just have a bunch of good stuff and theres a few big stores close to me to go to. Since I recently got 2 new guinea pigs, I obviously got them some new things to play with. I have 3 guinea pigs named Lola (who's 6 and a half years old) and Max and Alfie (who are 9-10 weeks old). 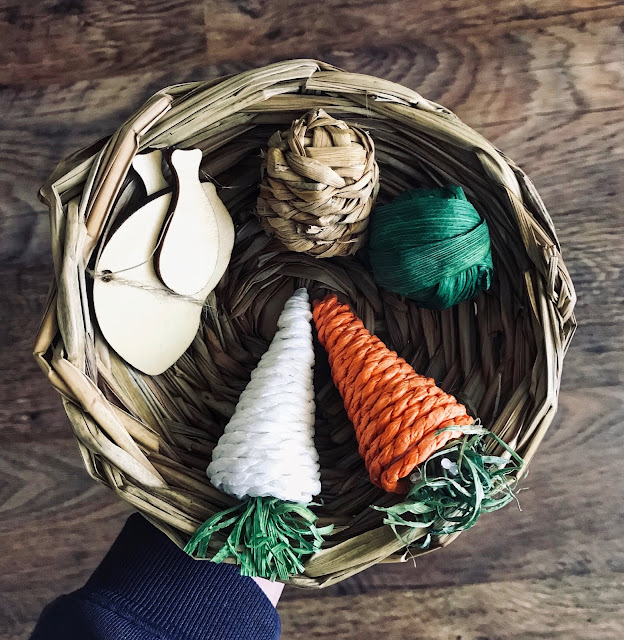 Roast dinner set (£5): while browsing the Pets At Home website, I came across this cute roast dinner set. I bought this before I got Max and Alfie and I knew I wanted to split this between all 3 guinea pigs. This set comes with a chicken, carrot, parsnip, potato, brussels sprout and a plate. I thought this was so cute and all my guinea pigs seem to love it, although Max and Alfie destroyed the brussels sprout and potato within about 3 days of having it, so I had to get rid of it already. Lola doesn't seem to be too fussed about the carrot and parsnip, but she does like eating hay out of the plate and then tipping it upside down. I think this is from the Christmas collection, but its a really cute idea.

Plastic ball (£1.50 for small): every guinea pig, rabbit and hamster I've had, has had a plastic ball, however I've never had any pet who's loved theirs as much as Max and Alfie has. Max picks it up in his mouth and throws it around and he pushes it along the floor with him like he's playing football. Its very cute. For £1.50, these plastic balls are great and last pretty much forever. I've never had one of these break or get damaged. 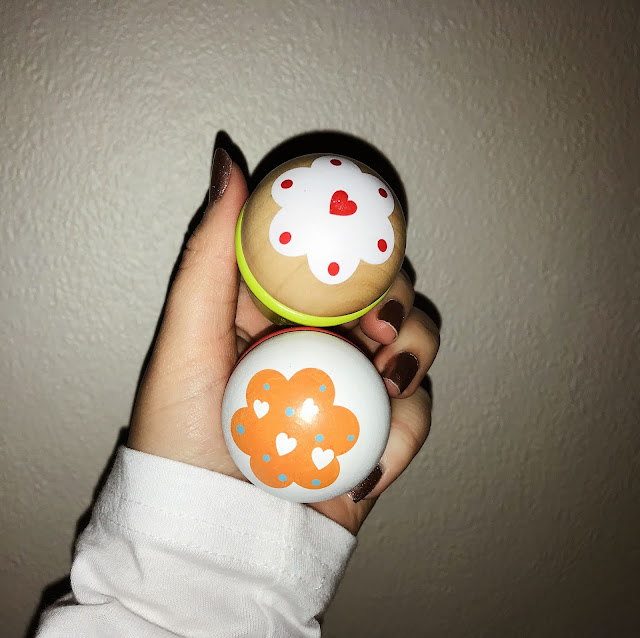 Wooden cupcakes (£2 for 2): I hadn't seen these before, but I thought these were so cute. I gave one to Lola and one to Max and Alfie. Neither of them have really taken much interest in them to be honest. Lola was investigating it at first, but I haven't seen any of them try and chew them. There isn't really that much they can do with these I guess except chew them, but even then it doesn't look the easiest to bite into because of the shape and smoothness of the wood. 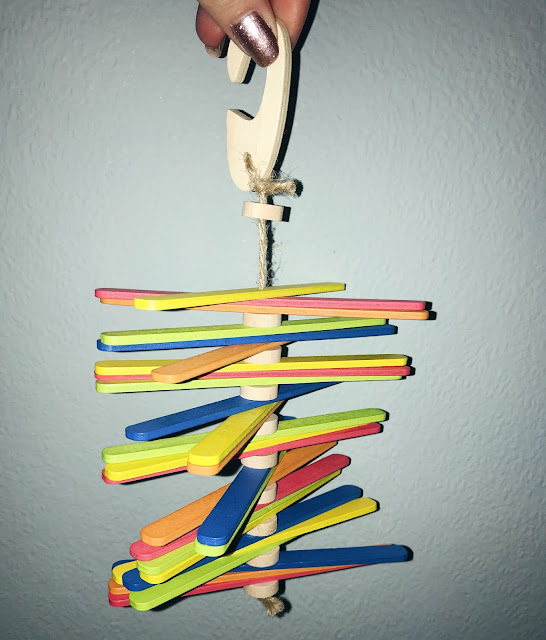 Wooden bright stick mobile (£2.50): my old hamster used to have one of these and she destroyed it within 24 hours. Max and Alfie's is still together, but I have seen Max chew it a lot, so I'm surprised its still in one piece. 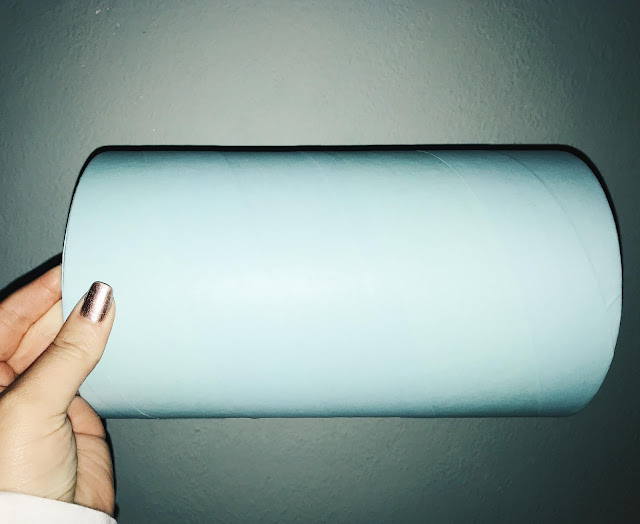 Tube (£3): every guinea pig I've had has had one of these tubes and loved it. Lola loves her tube and has chewed a lot of it over the past 3 years, but she still has loads of it left so she can hide in it. I love this colour blue and Max and Alfie love hiding in it together right now (because they're small) and chewing it. I think they've been chewing this more than any other toy they have. I'm not sure this is going to last as long as Lola's because both of them like to chew it together so its likely to disappear quicker, but they're inexpensive tubes and come in different sizes and colours. 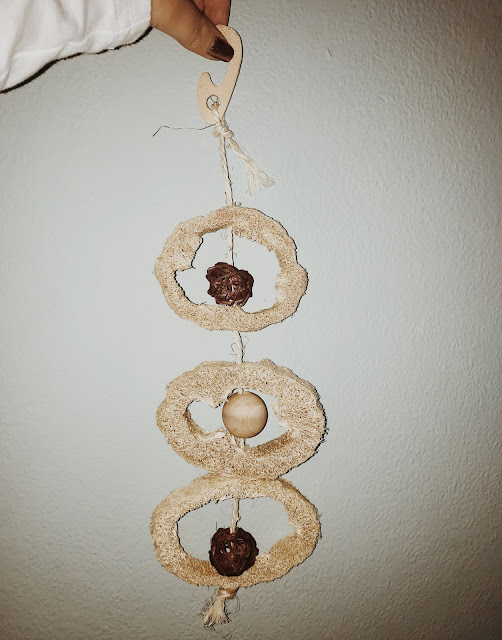 Loofah & ball chew (£3): I wanted to get something else that hangs up and I found this. Its not colourful, nor did I think they'd play with it, but this was the first toy I saw them play with, however its been almost 3 weeks and I haven't seen them play with it since the first few days I hung it up... I'm not sure if they do play with this or whether its just a decoration now instead of a toy. 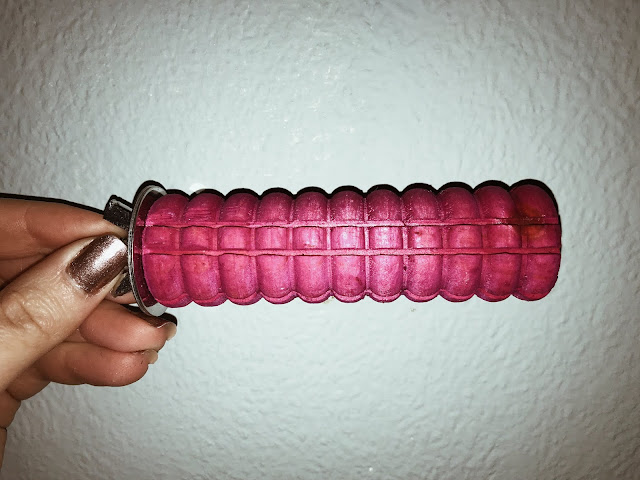 Nobbly gnawer wooden chew toy (£1.50): I saw this and thought it was cool because it just screws through the bars and they can chew it, but not move it around their cage. For the first week I hadn't seen them even acknowledge it, but now I look at it, I think they've chewed it. Max likes to stand up and put his paws on it. I'm not too sure if/how much they actually like this.

Do you have any recommendations on toys that small pets would love?